HUDSON VALLEY ACTIVIST CALENDAR
February 28, 2014, Issue #680
Send event announcements to jacdon@earthlink.net
————————————
Attention Reader: The calendar is a monthly and we usually do not add new events until the next month. Starting now we will insert new events into the existing issue online one by one, so you may wish to check things out from time to time. We start over again with the next monthly calendar.
New items added after calendar first appears have X in front of them.

MARCH IS NATIONAL WOMEN’S HISTORY MONTH. Its roots go back to March 8, 1857, when women from New York City factories staged a protest over working conditions. International Women’s Day was first observed in 1909, but it wasn’t until 1981 that Congress established National Women’s History Week to be commemorated the second week of March. In 1987, Congress expanded the week to a month. Every year since, Congress has passed a resolution for Women’s History Month, and the President has issued a proclamation.

THIS FORUM will both celebrate the many advances women have won through long struggles and signal the hard work necessary to eliminate the remaining obstacles to full female equality in America and the world. We urge our readers to join us in this empowering and educational commemoration. There will be a Q&A, and the speakers will be available for conversation at the end. 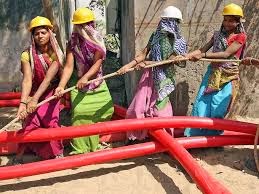 The meeting will call for an end to violence against women — in the home, on the street and in all public and private spaces; reproductive justice for all women — including full access to contraception, abortion, health care and child care; a living wage for all, and equity in the workplace, with paid family leave, and an end to sexual harassment at work; and full equality for women in all areas of society. We stand for full equality and respect and against racism, sexism, anti-LGBT bigotry, and commercialization of women in mass media."

For information about the March 6 event or to volunteer, contact NP@defendwomensrights.org. Here is the campus map: http://www.newpaltz.edu/map/.

Sunday, March 2, NEW PALTZ (SUNY campus): The student chapter of Oxfam America is staging its second annual Hunger Banquet 7-9 p.m. in the Fine Arts building next to the library. (A $5 donation is suggested.)  The students proclaim: “One in seven people goes hungry. But hunger is not about too many people and too little food. Our rich and bountiful planet produces enough food to feed every woman, man, and child on earth. Hunger is about power. Its roots lie in inequalities in access to resources. The results are illiteracy, poverty, war, and the inability of families to grow or buy food.”  Information, https://www.facebook.com/OxfamAmericaAtSunyNewPaltz.

Monday, March 3, NEW PALTZ: The Communications Workers of America is one of many U.S. unions that oppose the Trans-Pacific Partnership Trade Agreement that President  Obama had been seekng to fast-track through Congress. The union will hold a press conference to explain its views at 11 a.m. in New Paltz Town Hall, 1 Veterans Drive off Rt. 32 north of Rt. 299.Opponents of TPP are welcome to join in. Information, John O'Malley CWA local1120 at (845) 656-3730 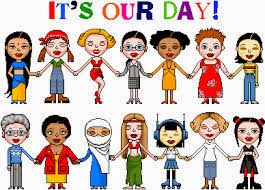 Saturday, March 8, POUGHKEEPSIE and HIGHLAND: International Women’s Day will also be commemorated by a march across the Walkway Over The Hudson between these two locations beginning at the Poughkeepsie side of this popular pedestrian bridge at  9 a.m. The main sponsor for the fourth year is the Dutchess County Regional Chamber of Commerce’s Women’s Leadership Alliance (WLA). We’re told: “Men and women and those both young and old are encouraged to attend, as are students and groups from throughout the region.  Prior to the annual walk of solidarity across the Walkway, attendees will browse tables staffed by local not-for-profits that serve women and hear speaker Mecca Santana, the newly appointed New York State Chief Diversity Officer.” Shuttle buses will be provided for participants who wish to park on the Highland side of the river. Parking on the Poughkeepsie side is limited.  For information and to register, visit http://wlahv.org. 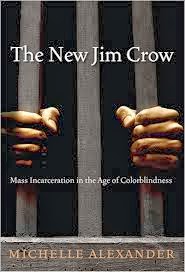 Sunday, March 16, SAUGERTIES: In honor of Women’s History Month, Heritage Folk Music presents Pat Lamanna and Lydia Adams Davis singing songs of the Abolitionist, Temperance and Women’s Suffrage movements from 3-5 p.m. at Kiersted House, 119 Main St. Dressed in period garb, Pat and Lydia will sing songs, often to well-known tunes, from each of these movements and relate their histories.  Many of the songs were sung in the Hudson Valley by local women espousing the causes of the abolition of slavery, prohibition of alcohol, and the right of women to vote. These seemingly disparate causes were intertwined in many interesting and surprising ways. Admission is $10. Refreshments will be served.  All are welcome. Information, Pat Lamanna at (845) 452-4013or patla42@gmail.com.

X Wednesday, March 19, PURCHASE: “Gasland 2” will be screened at 7 p.m. at The Connie Hogarth Center for Social Action in the Castle at Manhattanville College. Public and free. Information, (914) 323-7156. 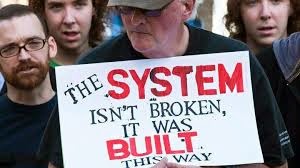 X Thursday, March 20, ALBANY: Over 20 largely liberal organizations have joined to sponsor a major statewide protest here today 11 a.m.-4 p.m. at the State Capitol building. Because of the nature of the protest some demonstrators may stay later. The organizers declare: This and last year both, allies in multiple statewide campaigns have rallied, made phone calls, lobbied, written letters, earned media and gotten people elected who have claimed to support our issues all over the state.  Little progressive legislation has passed here in New York. Please join us for a collective action of civil disobedience with our allies to exercise our right to object to a broken system.  Participants willing to get arrested, as well as those willing to stand in vigil as supporters are needed.  Please bring friends.”

X Sunday, March 22, CANAAN: Chatham Neighbors for Peace will screen “Gasland Part 2” at 3:P.M. at the Canaan Town Hall, 1647 County Rt. 5 just south of the blinking light on Rt. 295. We’re told: “In this explosive follow-up to his Oscar-nominated film Gasland, filmmaker Josh Fox uses his trademark dark humor to take a deeper, broader look at the dangers of hydraulic fracturing, or fracking, the controversial method of extracting natural gas and oil, now occurring on a global level in 32 countries worldwide. There will be a discussion following the film, moderated by climate change activist Bart Schoenfeld, MD, who is a member of Physicians for Social Responsibility and Citizens’ Climate Lobby. All are welcome, free. Refreshments. Information, Bob Elmendorf (518) 766-2992. 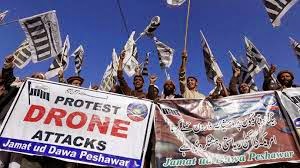 X Saturday, March 29, HIGHLAND/POUGHKEEPSIE: The Walkway Over the Hudson is the venue for a "Fly Kites, Not Drones!" demonstration beginning 2:45 p.m. on “your” side of the bridge, converging at the flag poll at 3 p.m. for a rally. Since no signs are permitted to be carried on the walkway, wear pinned/taped signs on clothing. (Horrific weather date Sunday 3/30). Information, Barbara Kidney, dronealerthv@wordpress.com.


Friday, April 4, ROCK TAVERN: A meeting titled “Nuclear Disarmament now — A Call to Action” opens at 7 p.m. at  the Unitarian Universalist Meeting House, 9 Vance Rd. (off Rt. 207). A  Forum discussion on this vital topic will take place after a brief service in memory of Dr. Martin Luther King Jr., who was assassinated on this date in 1968. Speakling will be Larry Wittner, a U.S. historian who has written extensively on peace movements and foreign policy, and Guy Quinlan, president of the Lawyers Committee on Nuclear Policy. A discussion will follow. “A $5-$10 donation  welcomed to defray expenses, but no one  turned away for lack of funds.” The sponsor is the Social Action Committee of the Unitarian Universalist Congregation at Rock Tavern, http://www.uucrt.org. Information, Rev. Chris Antal, (845) 297-2792.