Advance Notice:  On Sept. 20-21 there will be a major demonstration to demand action against climate change. The main aspect will be a huge People’s Climate March in New York City sponsored by 350.org and backed by many other groups. There may be busses from the Hudson Valley.
————————————
Attention Reader:
1. We're off for part of the summer and the next issue will be around the third week in August.
2. We now update each monthly calendar online as new events are announced. During May we listed a dozen new entries after the initial posting. Check us later in June. The additional items will begin with this mark: √.
—————————— 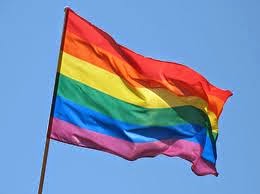 Sunday, June 1, NEW PALTZ: The Hudson Valley LGBTQ pride march and festival begins with a rally for equal rights and justice for all in the parking lot of the New Paltz Middle School (Main St. and Manheim) 12 noon-1 p.m. The pride march then begins. Following the march, there will be a festival at Hasbrouck Park. Award-winning musicians and performers — including comedienne Julie Novak, trailblazing all-women rock band Big Sister, Woodstock-based rock group Hemingway’s Cat and the all-youth Percussion Orchestra of Kingston — will take the stage. The festival runs from 1 to 4 p.m.


The festivities conclude with a party-after-pride from 4 to 8 p.m. at Joe’s East-West in New Paltz, featuring live DJs, rooftop dancing and a performance by award-winning rock group Sister Funk. Information, visit http://lgbtqcenter.org/pride.

Monday, June 2, OLD CHATHAM: We recommend the colorful new documentary “Girl Rising,” which will be screened at 7 p.m. at the Old Chatham Quaker Meetinghouse 539 County Rt. 13. The film “journeys around the globe to witness the strength of the human spirit and the power of education to change the world. Viewers get to know nine unforgettable girls living in the developing world: ordinary girls who confront tremendous challenges and overcome nearly impossible odds to pursue their dreams. Prize-winning authors put the girls’ remarkable stories into words, and renowned actors give them voice. It’s public, free and sponsored by the Quaker Meeting. Refreshments will be served and a moderated discussion will follow. Information, (518) 766-2992. Directions, www.oldchathamquakers.org
Tuesday, June 3, NEW PALTZ: Here’s an interesting cultural performance: “Palestine Stories” — a presentation by Ben Rivers, founder of the Freedom Bus initiative of the Freedom Theatre in the West Bank, which uses cultural actions to explore the experience of living under occupation. This performance will feature the Hudson River Playback Theatre. It begins at 7:30 p.m. in Deyo Hall, 6 Broadhead Ave. (next to Rail Trail). Cosponsored by Middle East Crisis Response and Amnesty International USA (Hudson Valley Chapter). Admission free. Information, playbacktheatre@earthlink.net.

Friday, June 6, KINGSTON: A free screening of “The Other Son” will begin at 7 p.m. at the Unitarian Universalist Congregation of the Catskills, 320 Sawkill Rd. This offering, part of the Films of Palestine Series, “is the moving and provocative tale of two young men — one Israeli, the other Palestinian — who discover they were accidentally switched at birth, and the complex repercussions facing them and their respective families. In an altered situation, one may imagine Joseph and Yacine fighting and even killing each other, each one mistaken by the other for the enemy.” The series is sponsored by Middle East Crisis Response (http://www.mideastcrisis.org) and Hudson Valley Boycott, Divestment and Sanctions (http://www.hudsonvalleybds.org). Information, Jane.toby7@gmail.com, (518) 678-2076.

Saturday, June 7, NEW PALTZ (SUNY campus): This is a quite distinctive modern dance production presented by The Arts Community at 7 p.m. in the McKenna Theatre on campus. The dancers include Figures in Flight 4 (a professional youth dance company composed of high school students from the Hudson Valley), and Figures in Flight Released (a group of men whose dance training began through a rehabilitation program in prison). We’re told: “In spite of their obvious differences in race, age, and background, the two groups share something that shines through: a love of dance and a commitment to mutual respect between people of all kinds.” Local columnist, dance instructor and cultural figure Susan Slotnick trained both groups. Admission is $15 ($10 students, seniors and children 12 and under). Campus map: http://www.newpaltz.edu/map/

Saturday, June 7, CHATHAM: There will be a meeting today of the Citizen’s Climate Lobby, Columbia County Chapter, 12:45 p.m., at Chatham Real Food Market Co-op, 15 Church St. “We are a new local chapter of a national non-partisan grass roots effort dedicated to building political will for Congress to take meaningful action for a sustainable climate.   All are welcome.” Information, ccl.columbiacounty@gmail.com, About the  group, http://www.citizensclimatelobby.org 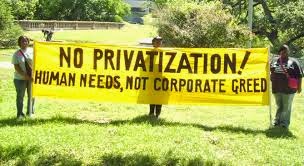 √ Sunday, June 8, GOSHEN: “Valley View Nursing Home belongs to the people” is an implicit theme of a 2-5 p.m. public rally in Goshen Green park (adjacent to the First Presbyterian Church). At issue is the proposed privatization of the Orange County-owned facility. Those who support public ownership of Valley View have organized an unusual rally by inviting county politicians who support privatization to also speak and answer questions. Civil liberties lawyer Michael Sussman, a county resident and staunch advocate of public ownership, stated: “I personally urge the families of Valley View residents, the workers at Valley View and everyone else who cares about this issue to participate with us June 8." Sponsor, Citizens for Valley View. Information, Greg Winner, gwin12344@gmail.com.

Monday, June 9, TROY: Labor journalist and lawyer Steve Early will speak on the topic “How Can We Save Our Unions?” at 7 p.m. in the Oakwood Community Center, 313 10th St. This James Connolly Forum event is cosponsored by Monthly Review, Troy Area Labor Council (AFL-CIO), Solidarity Committee of the Capital District and Bethlehem Neighbors for Peace. Early was an organizer for the Communications Workers of America for 27 years. His latest book is “Save Our Unions: Dispatches From a Movement in Distress." Donation, $5; unemployed and students $2. Information (518) 629-5972.

√ Tuesday, June 10, ALBANY: The Women's Equality Coalition is holding a legislative lobby day today. In preparation, the coalition is hosting a conference call on Friday, June 6 at 1 p.m. When you join the call, you will be updated on the lobby day, on the status of the Women's Equality Act in the NYS legislature, the Twitter Tuesday #UpgradeNY social media campaign, and a recap of the coalition's field work across the state. To RSVP and to receive call-in information, please email KaeLyn Rich at krich@nyclu.org. 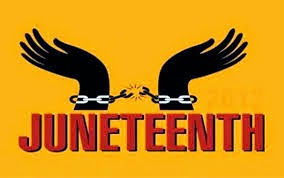 Saturday, June 14, KINGSTON: Juneteenth will be celebrated today 3-6 p.m. at the New Progressive Baptist Church 8 Hone St. This is the oldest nationally celebrated commemoration of the ending of slavery in the United States. The program will include special tributes to Rev. G. Modele Clarke, pastor of New Progressive and Rabbi Jonathan Kligler of the Woodstock Jewish Congregation. For a history of Juneteenth see http://www.juneteenth.com/history.htm.

Saturday, June 14, VALHALLA: The 17th annual Asian American Heritage Festival takes place today 12 noon-6 p.m. at Kensico Dam Plaza. We’re told: “The public is invited to bring family and friends for an afternoon of entertainment featuring experts in traditional Asian dance and song and masters of the martial arts, including lion dancers. Professional artists share the stage with children's dance troupes in colorful traditional costumes. There will be plenty of activities for children such as face painting, Lego classes, Chinese paper cutting, origami, and games. One of the most popular of the ethnic cultural celebrations on Westchester County's summer calendar, the Asian Heritage festival attracts as many as 7,000 residents each year. Free admission and parking, The sponsor is OCA - Asian Pacific American Advocates. Information, info@oca-whv.org, http://www.oca-whv.org. 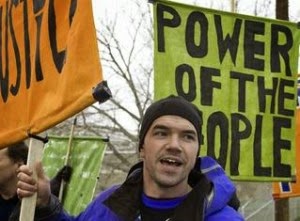 Friday, June 20, DELMAR: The 2013 documentary “’Bidder 70” will be screened free at 7 p.m. at the Bethlehem Public Library,  451 Delaware Ave. This is a true story of University of Utah economics student Tim DeChristopher who was confined in Federal prison for two years  because, as a protest, he bid $1.7 million for drilling rights to 22,000 acres to prevent the area from destruction. He wouldn’t pay, of course. His deed ignited the climate justice movement. A discussion will follow. Sponsored by Bethlehem Neighbors for Peace. Free and public. For additional information call (518) 466-1192.

√ Saturday, June 21, NEW YORK CITY: There will be a speak-out for Marissa Alexander sponsored by WORD at 1 p.m., at 125th St. and Lenox Ave. in Harlem. Marissa was sentenced to 20 years for defending her life from an abusive husband, but she appealed and was granted a new trial. Now she faces 60 years in prison if she is not acquitted in the upcoming trial, now scheduled for Dec. 1. Information, nyc@defendwomensrights.org or call (347) 292-WORD (9673).

√ Saturday, June 28, HIGHLAND: The "Improv Patrol" playback theatre is performing a show on civil rights 7- 8:30 p.m. We’re told: “Audience members have the spotlight! In a playback event, someone in the audience tells a moment or story from their life, chooses the actors to play the different roles, and then all those present watch the enactment as the playback actors use improvisational theater to make the story come to life. Cost: $5. Sponsored by Improv Patrol. Information, christopherauthor@gmail.com, https://www.facebook.com/improvpatrol, http://www.youtube.com/user/Christopherauthor,