To subscribe contact us at jacdon@earthlink.net.
——————————
The Calendar is updated with new events every few days throughout the month. Check in again later this month. New items begin with this mark: √√.
——————————
The new Activist Newsletter will be posted June 10 at http://activistnewsletter.blogspot.com/
For the last Newsletter click on May 15, NEWSLETTER
——————————
SUMMERTIME, AT LAST, JUNE 20! 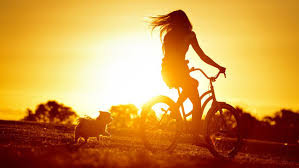 Wednesday, June 1, ALBANY: The documentary titled The AOGIRI —  Phoenix Tree will be shown at 6 p.m. at the Albany Public Library (Delaware Branch), 331 Delaware Ave. This free public film reveals details of the suffering of a young woman who in one horrific instant lost her leg in the atomic bombing of Hiroshima and experienced severe despair for a number of years. She eventually became an "atomic bomb storyteller for peace." The Aogiri tree (Chinese parasol tree) also survived the A-bomb and is now standing in Hiroshima Memorial Peace Park. Satomi Nakamura, who produced the film, will attend. She is also a song writer and musician and will perform a couple of the songs from the film if there is time. A discussion will follow.  Co-sponsored by Bethlehem Neighbors for Peace, Upper Hudson Peace Action and Women Against War.  Free and public. Information: (518) 466-1192. 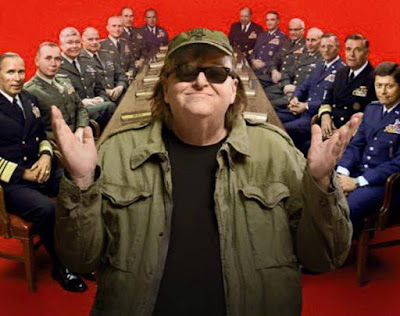 Thursday, June 2, POUGHKEEPSIE: A free screening of Michael Moore's excellent new film Where to Invade Next will take place at 7 p.m. in the Unitarian Universalist Fellowship of Poughkeepsie, 67 South Randolph Ave. This event is in conjunction with MoveOn's call for showing the film on this day in hundreds of locations across the U.S. Information, linda@earthkindenergy.com.
Friday June 3, OLD CHATHAM: The documentary titled The AOGIRI —  Phoenix Tree will be shown at 7 p.m. in the Old Chatham Quaker Meetinghouse, 539 County Rt. 13, across from Pitt Hall Rd. and Powell House. This free public film reveals details of the suffering of a young woman who in one horrific instant lost her leg in the atomic bombing of Hiroshima and experienced severe despair for a number of years. She eventually became an "atomic bomb storyteller for peace." The Aogiri tree (Chinese parasol tree) also survived the A-bomb and is now standing in Hiroshima Memorial Peace Park. This tree is famous and its seeds have been spread around the world as part of the campaign against nuclear weapons. Refreshments will be served and a moderated discussion will follow. Information (518) 766-2992, www.oldchathamquakers.org. 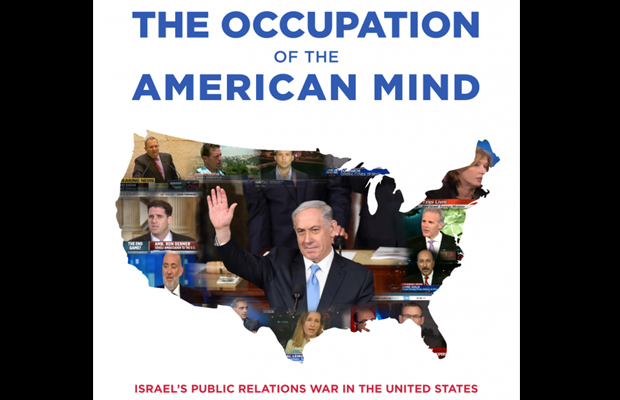 Friday, June 3, KINGSTON: There will be a 7 p.m. screening of the documentary The Occupation of the American Mind: Israel’s Public Relations War in the United States at the Unitarian Universalist Congregation of the Catskills, 320 Sawkill Rd. This film offers a sophisticated analysis of the Zionist strategy to keep Washington policymakers and the U.S. public on Israel's side despite its subjugation of the Palestinian people. Sponsored by Middle East Crisis Response (www.mideastcrisis.org) and Hudson Valley Boycott, Divestment and Sanctions (www.hudsonvalleybds.org.) Information, Jane.toby7@gmail.com, or (518) 291-6808. A review of the film is at http://mondoweiss.net/2016/03/the-occupation-of-the-american-mind-documented.

Saturday June 4, NEW PALTZ: Every Saturday, 12:45 to 1:30 p.m., New Paltz Women in Black conducts a vigil for peace and justice in front of the Elting Library, corner of Main and North Front Streets. This is their 15th year. Join them. (Also Saturday 11,18, and 25.). Information, AnaHataSun@aol.com.

Sunday, June 5, POUGHKEEPSIE: An interfaith demonstration "in solidarity with our Muslim brothers and sisters" will take on the Walkway Over the Hudson today, the day before Ramadan. Participants include Dutchess County Interfaith Council, Jews of Dutchess County, and members of other faith communities. People will assemble at 5:30 p.m. at the Poughkeepsie side of the Walkway at Parker Ave. At 6 p.m. they "will walk hand in hand over the bridge." At 7 there's an iftar meal at a nearby location (TBA) This meal traditionally breaks the fast every evening during Ramadan; "bring a vegetarian dish to share if you'd like." A half hour discussion starts at 8 followed by Sunset prayers. Information, Marian Schwartz at socialaction@vassartemple.org, or (845) 849-0025. 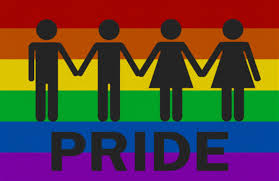 Sunday, June 5, NEW PALTZ: This town's annual gay pride march and festival begins with a 1 p.m. march from the Middle School parking lot (Main St. and South Manheim) and winds up at Hasbrouck Park where the 2-4 p.m. festival will be held. Everybody's invited.

Monday, June 6, DELMAR: Vigil each Monday, 5-6 p.m. at the four corners intersection of Kenwood and Delaware Aves.. Bring your sign or use one of ours. Stay for a few minutes or an hour. Let's stand together for peace.  Information, (518) 466-1192.

√√ Tuesday, June 7, ALBANY: People of Albany United for Safe Energy (PAUSE) will converge from 11:15 a.m. to 12:30 p.m. in front of Department of Environmental Conservation headquarters in downtown Albany (625 Broadway) to demand that the DEC and Governor Cuomo rescind the building permit for the Global Partners Crude Oil Heating Facility in the Port of Albany. The DEC has until June 13 to respond to Global’s application. It is charged that permission would allow the transport of tar sands oil through New York. PAUSE says: "Come tell DEC that approval of this facility will further decrease air quality for South End residents, risk permanently contaminating the Hudson River and put more CO2 into the atmosphere. This is NOT the path to 100% renewable by 2030." Information, pausenergy@pause.emailnb.com, http://www.pausenergy.org/ 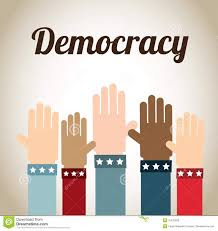 √√ Wednesday, June 8, KINGSTON: A teach-in on the imperfections of American democracy will take place 6:30-8:30 p.m. at City Hall, 420 Broadway. According to Citizen Action: "A #DemandDemocracy agenda is being pushed statewide by everyday folks who are fed up with the status quo of our political system where corrupt politicians are working for the benefit of their wealthy corporate donors and not for the people they're supposed to represent. The moment is here to demand a world where the people in our communities have space in the decision making process on issues that affect us. The moment is here to #DemandDemocracy. Information, http://demanddemocracy.org/, cjayne@citizenactionny.org. 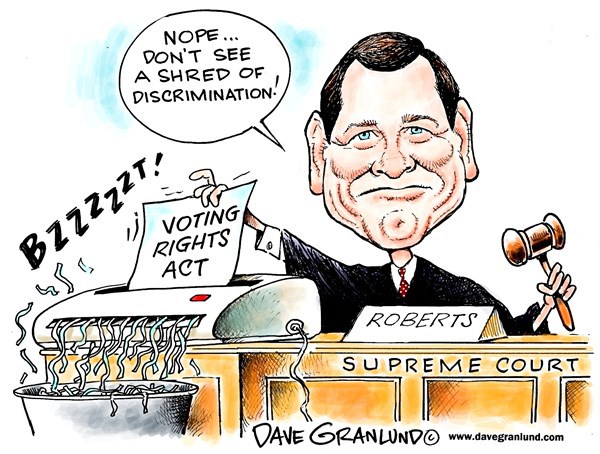 Thursday, June 9, WOODSTOCK: Middle East Crisis Response (MECR) will meet from 7-8:30 p.m. in the Woodstock Public Library, 5 Library Lane. MECR is a group of Hudson Valley residents joined together to promote peace and human rights in Palestine and the Middle East. (The following meeting is June 23.) Information, (845) 876-7906 or www.mideastcrisis.org.

Friday, June 10, BEACON: The new environmental documentary Dear President Obama will be screened at 7:30 p.m. at the First Presbyterian Church of Beacon, McKinley Hall, 50 Liberty St. The film takes a cross-country look at drilling for oil and gas, highlighting its variety of contaminations, the stories of its victims, and the false promise of an economic boom, with a focus on clean energy solutions. Interviews with scientists, economists, health professionals, geologists and whistle-blowers provide the information that they hope will help convince Washington to take significant steps to fight global warming. Public and free (donations accepted). This is an Oceans 8 Film, written and directed by Jon Bowermaster and narrated by Mark Ruffalo. Check out this  powerful 2-minute trailer at https://www.youtube.com/watch?feature=player_embedded&v=KcZ98FpSqXo
Information  http://www.moviesthatmatterbeacon.org.

Saturday, June 11, ALBANY: The Capital Pride Parade steps off at 12 noon in Washington Park at the intersection of Robin and State Sts. From there the march continues down State St., over Lark St., up Madison Ave. and back into the park at the intersection of Madison and New Scotland Aves. A Pride Festival and Rally will begin immediately following the parade, lasting the entire afternoon. We're told, "There will be fabulous entertainment on the festival stage and activities for the entire family!" Information, http://www.albany.com/event/capital-pride-58748/. 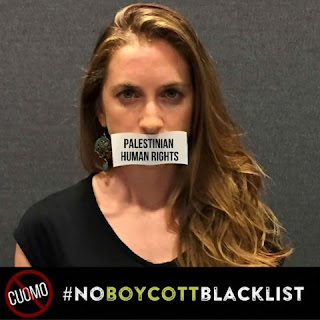 √√ Wednesday, June 15, ALBANY:  A protest will take place here today starting at 12 noon against Gov. Cuomo's executive order banning the state from doing business with any group that formally cuts ties to the state of Israel as part of the Boycott, Divestment and Sanctions movement. The action will take place in the Capital building's 2nd floor outside of Gov. Cuomo's office. BDS is a global movement committed to fighting nonviolently to end the illegal occupation of Palestinian land and the subjugation of the Palestinian people in the occupied West Bank and the Gaza Strip. The organization has been under increasing attack by those threatened by the support for human rights it has galvanized worldwide and for shining a critical light on the abusive policies of the Israeli government when it comes to the treatment of Palestinians. The event is sponsored by Jewish Voice for Peace (Albany chapter), Palestinian Rights Committee of Upper Hudson Peace Action, CodePink, Bethlehem Neighbors for Peace, Middle East Crisis Response and others. 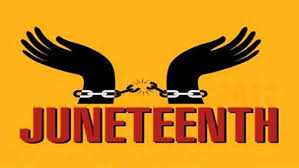 Saturday June 18, KINGSTON and NATIONWIDE. A Celebration of Juneteenth takes place here today at the New Progressive Baptist Church, 8 Hone St. promptly at 5 p.m. Appearing will be Professor A. J. Williams-Myers, famed civil rights photographer Jim Peppler, and the Redwing Blackbird Theater performing a short mask and puppet show. All are invited. (Information, Odell Winfield, [914] 388-3092). Juneteenth is also known as Juneteenth Independence Day or Freedom Day. Juneteenth is a holiday that commemorates the announcement of the abolition of slavery in Texas in June 1865, and more generally the emancipation of African-American slaves throughout the Confederate South. Celebrated on June 19, the term is a portmanteau of June and nineteenth and is recognized as a state holiday or special day of observance in most states. The holiday is observed primarily in local celebrations. Traditions include public readings of the Emancipation Proclamation, singing traditional songs and Lift Every Voice and Sing, and readings by noted African-American writers such as Ralph Ellison and Maya Angelou. Celebrations may include parades, rodeos, street fairs, cookouts, family reunions, park parties, and reenactments. "Lift Every Voice and Sing" was originally a poem by James Weldon Johnson (1871–1938), now often referred to as the "Black American National Anthem." For a 3 minute 32 second version of this powerful song (with lyrics) go to https://www.youtube.com/watch?v=ya7Bn7kPkLo.

The May 15 Activist Newsletter is just below